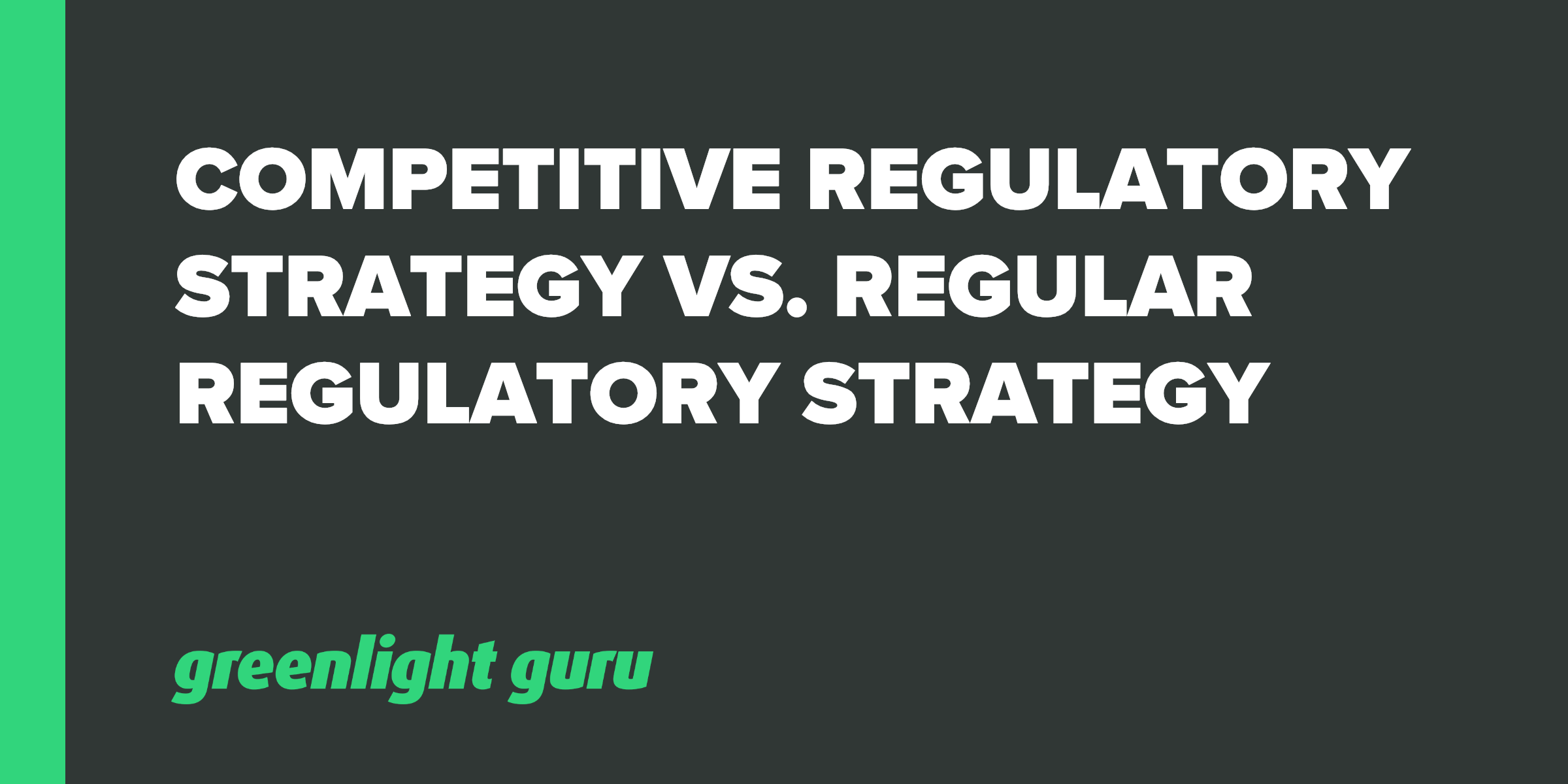 Every medical device developer would like to take the fastest path to market, right?Sometimes the key factor influencing whether you’re the dominant player in a category or one of many competing for the remaining parts of the market is how quickly your product was in front of consumers as opposed to competitors.

For many developers, this means that the decision over which path to take in terms of the PMA vs. the 510(k) is based on business strategy - which path will get you there quicker? Many assume that PMA is a longer, much more involved process, but this isn’t necessarily the case.

The bigger picture of regulatory

Many people see regulatory as a matter of jumping through hoops, but this is a flawed way to look at it. You’ve got to see the bigger picture and how the pathway you choose relates to the delivery of a safe, effective device to market.

What is regulatory strategy?

Many people seem to use the terms “regulatory strategy” and “pathway to market” synonymously, as though they are one and the same. This is really not the case though. Pathway to market is simply your mechanism by which your device gets to the market.

On the other hand, regulatory strategy is much broader. It’s the process you go through to get to that pathway and can cover any of a number of different avenues. One of Mike’s tips on this is that he helps companies develop a “Regulatory Strategy Executive Summary.” This is not a full-blown regulatory strategy, but it helps to list the different options the company can use, along with the advantages and disadvantages of each. This would usually include a risk assessment of regulatory burden vs. time and cost, along with the relative probability of success with the FDA.

Many companies want to use these points in their presentations to investors, as this will always be an issue they want to know about. However, regulatory tends to be fluid, there’s more to it than a linear-looking path that you put on a presentation. While 510(k) regulation really hasn’t changed since it came out in 1976, what has changed is the level of scrutiny given to different aspects.

What do we mean by “competitive” vs. regular regulatory strategy?

Let’s look at an example; a company is developing a new device that lies in the “gray area” between Class II and Class III. You can almost guarantee in this situation that 99% of companies will take the 510(k) route.

If I take it to the FDA as a Class III PMA, I’ve just raised the bar. Not only is it easier to sell the FDA on a Class III PMA than a Class II 510(k), but it means that your competition now has to rethink regulatory and meet that raised bar. If you’re talking smaller companies, or startups that are VC funded, it can be enough to cause significant disruption to their operations. Some may even need to close their doors. This is an example of using regulatory as a competitive “weapon.”

(Take a look at one of Mike’s articles on competitive regulatory strategy here).

There is an entrenched belief among companies that a PMA means much more work, expense and time to get to market, but this is not necessarily so.

The amount of work that we need to do to bring a new medical device to market should be predicated under biology and engineering. It should not be based on the regulatory pathway. This is nothing more than the package that we put this information into to present to the FDA.

I might have one set of testing that I do for a medical device, and I put it in one particular kind of “wrapping” on top stamped 510(k). I take the same testing and stamp it for a PMA.

Many people overlook or don’t even think about using guidance documents as a competitive advantage.

Let’s say you’re working on a “new and novel” device. One of the opportunities you have is to develop testing methodologies to show your device is safe. One of the challenges is designing that test methodology so it is favorable to your product, but makes it difficult for other companies to use to get your result.

The FDA typically puts together product development guidance by looking at the first few submissions into an area and picking out the test methodologies that they like. This now goes into the guidance. Your device now goes onto the market following your own methodology, while any competitors now have to meet it too.

Let’s say you describe your methodology in a grammatically awkward way. Some time later, that shows up in the guidance with your awkward phrasing - it’s now more difficult for competitors to follow. This isn’t as strong as a competitive regulatory strategy pathway, but it’s something that is possible.

Why consider a de novo classification?

A lot of people assume that 510(k) is used so often because it is the best, but don’t fall for this assumption. It’s not the best in all situations. De novo can offer some significant advantages, one of which is a “blank canvas” for labeling that you get to fill (watch our on-demand webinar on the de novo pathway here).

While 510(k) states that you need to show substantial equivalence with a predicate device, de novo doesn’t have that requirement. You can “paint the canvas” how you like, meaning you can set the bar higher.

For example, one company Mike worked with had a device that was essentially the same as a predicate; however, they had a technology that meant it was sterilized at lower temperatures than others.

At Mike’s suggestion, they took the de novo pathway with the sterilization highlighted in the technology section, meaning that they had just set a standard apart from others. Furthermore, if they own the technology, no one can easily use it for themselves for quite some time. This is an example of using de novo for competitive advantage.

Always be looking for a better way

Don’t just follow regulation blindly because everyone else has done so. Ask yourself if there is another way, or a better way. How can you find a competitive advantage through regulatory?

Try viewing the relationship between the company and the FDA as a poker game. Just because someone knows all the rules doesn’t make them the best player. We don’t just want to win the game, we want to make it more difficult for other players to get into the game in the future.

You can copy and paste all that you like, but this is not how you gain a competitive advantage.

5 Tips for a Competitive Regulatory Strategy