By Jon Speer, March 17, 2016 , in Product Development and MedTech Business and Process / Planning 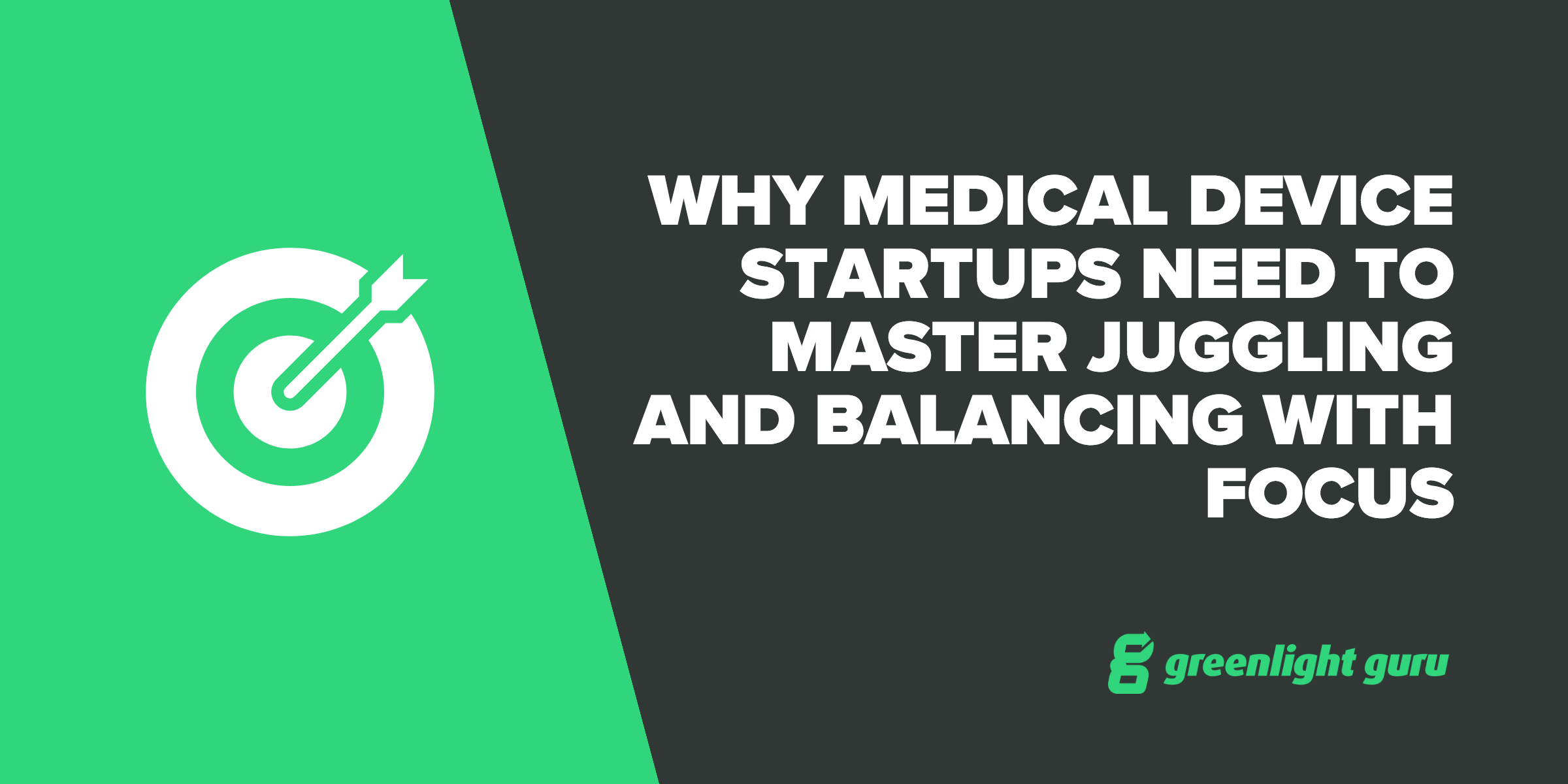 Instead, I’d like to share a few thoughts on balancing and juggling and how these apply to medical device startups.

Imagine for a moment you are managing a medical device product development project.

It’s early in the game still. However, you have to take into account all sorts of factors and influence.

Your main objective is to get from point A to point B as smoothly as possible.

You know the goal.

You understand what to do.

You probably have even done this before.

Except the challenge of getting from point A to point B for medical device startups is much more challenging than you walking that proverbial tightrope alone.

Your entire project team is on that tightrope with you.

Now imagine for a moment that you and your project team are literally trying to keep your balance while walking across a tight rope–together.

We love the tightrope acts because of the risks involved.

And maybe we enjoy medical device startups because of risks involved too (probably more about the thrill and business risks; not risks to patients).

But most medical device startups have a hard time pulling off this amazing feat of balance.

Because bringing a new medical product to market is hard.

There are several common reasons I see device startups start to lose their equilibrium. Let’s dive into a few:

Medical device startups must have an articulated and written down vision and strategy.

Yeah, I know what you’re thinking. Vision statements and strategic plans are usually to vague and fuzzy to mean anything. And generally speaking, I’d have to agree with you.

I think author Erika Andersen defines strategy best in her book Being Strategic.

Being strategic means consistently making those core directional choices that will best move us toward our hoped-for future.

In this context, you have to define the “hoped-for future.” For the tightrope walker, this is the other side, or point B.

The same is true for medical device startups. If your hoped-for future is to launch a new medical device, then the strategy developed needs to reflect this.

And realize that you will constantly have to tweak and adjust along the way in order to achieve the hoped-for future.

The same is true for the tightrope walker. Walking a tightrope requires constant shifts and adjustments along the journey in order to maintain balance.

Back when Greenlight Guru was just getting off the ground, our executive team met quite a bit in large part to discuss roles and responsibilities.

One of the phrases uttered is “stay in our swim lanes”.

A good phrase. But only meaningful because we have defined roles and responsibilities for the team.

I’ve worked with plenty of medical device startups that did not fully understand this. In some cases, multiple people were working on the exact same tasks at the exact same time but didn’t know it.

You cannot communicate often enough with your team.

Remember, communication is more than just sending an email update. What if you do so only to find out a few days later the person you emailed has over 7,000 unread emails in his inbox.

This happened to me just the other day.

Once I discovered this, I realized I had fallen into the comfortable email trap that so many medical device startups do too (and all of us for that matter).

So I had to figure out a better way to communicate to this person.

Communication requires at least two people engaged. If I just sent an email and get no response back, that’s really more of a notification.

Yes, medical device startups can be a regular old circus.

Balancing across a tight rope.

Juggling many things at once.

What do medical device startups juggle?

Putting together a regulatory submission.

Yes, sometimes the things medical device startups have to juggle seem like a bunch of chainsaws flying through the air. One small slip or wrong move, and there will be blood.

A key concept for medical device startups is focus.

Yes, it definitely gets back to what Erika tells us about being strategic.

But focus is more than just that.

Focus is about being dialed in. Focus can be a driving force for success.

Think about the tightrope walkers as they balance from point A to point B.

Think about the juggler slinging running chainsaws through the air.

How do the tightrope walkers and jugglers hone their craft: focus.

And so can medical device startups.

This post originally appeared as a guest post on MedCity News and is being republished here with permission.