The 510k and Substantial Equivalence: Why do so many get it wrong?

The premarket notification, a.k.a. the 510K, is the most common pathway used to bring new medical devices to market in the US.

Yet despite FDA issuing multiple guidance’s since the 510k was created in 1976, 75% of 510k’s are rejected (i.e., via “additional information” requests) and of those that are rejected, nearly 85% are rejected specifically
because of substantial equivalence or the lack thereof!

Simply put: no 510k should ever be rejected – and
certainly not due to substantial equivalence – this is an amateur mistake! (see MDUFA stats).

Such delays and rejections result in obvious increases in time and cost to market – many of which could be minimized or avoided!

Not necessarily! But what does SE really mean
and how do I show it? How do I use not just what the regulation says but also what it does not say to my advantage?

Using the case study approach, these questions and others will be presented in an interactive fashion. 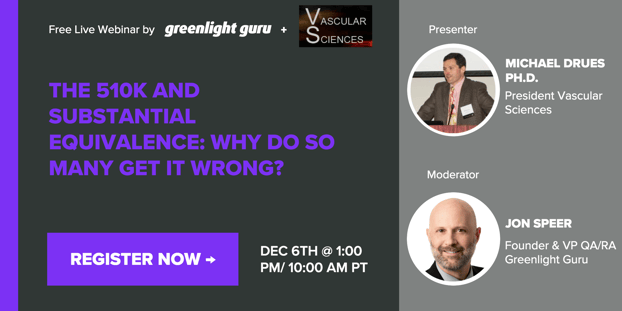 Specifically, this webinar will cover:

Bottom line: knowing what regulation says, although a good start, is not enough – know how to use it to your advantage! 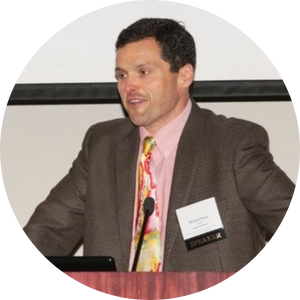 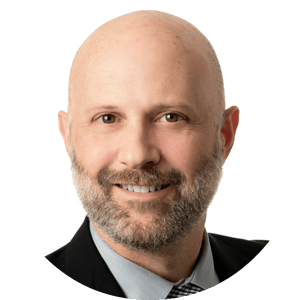 Vascular Sciences has been conducting seminars specifically geared toward medical device design, development and testing since 1996. These seminars have been requested by companies ranging in size from start-up to fortune 100 companies, the European Patent Office and the FDA Centers for Devices and Radiological Health (CDRH). Visit their website tolearn more.

Greenlight Guru is the only Medical Device Success Platform (MDSP) for companies to bring new products to market faster while simplifying regulatory compliance and reducing risk. Being the only industry specific, cloud-based software, Greenlight Guru is easier to implement, easier to use and designed to fit all medical device needs to enable innovative, safe and effective, True Quality medical devices. Visit our homepage to learn more.